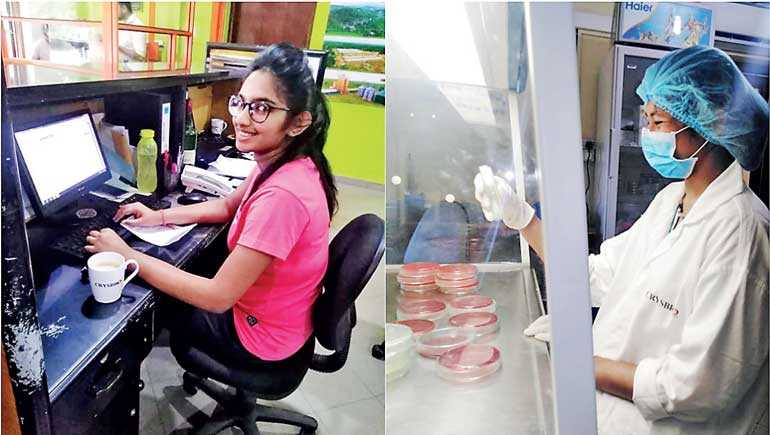 These efforts formally got off the ground in December last year, when Crysbro conducted a training program for 115 graduates at its head office in Gampola. These young men and women will subsequently be trained in various professions such as marketing, sales, IT, agriculture, accounting, animal husbandry, finance, etc.

Initiatives undertaken within Crysbro’s Sisudiriya framework seek to assist the children of its employees through an avenue of empowerment and it annually functions as one of the largest contributors to their welfare. As such, the youth picked for the skills training project include the children of Crysbro staff.

The training program represents a continuation of Crysbro’s commitment to youth development, with the company recruiting 12 young professionals to its ranks over the past year.

‘‘The problem confronted by many young university graduates pursuing employment is that they lack the skills required by the private sector. The Crysbro Sisudiriya program recognizes this reality and provides skills training which matches their course of study,” said Crysbro Group Human Resources and Administrative Manager Ranjana Mahinda Siri.

“As the Crysbro Group is spread across six sectors, we can offer employment training to young people across a range of segments. Last year we were able to offer several young professionals trained by Crysbro many different jobs within the company.”

Each year, the Sisudiriya program aids the welfare of Crysbro employees’ children by offering them books and school supplies, five-year scholarships as well as scholarships for the Ordinary and Advanced Level and their university education. Employees supported are attached to all of the company’s business centers.

Additionally, Crysbro aims to empower employees and improve their skills by creating annual financial portfolios, workshops, and a platform for their children to showcase their musical talent through an annual ‘Sisudiriya’ event.

In other charitable efforts targeting the country’s youth, Crysbro allocates resources to schools neighboring its business centers in order to assist in the development of facilities such as libraries.

Established in 1972 with just 100 chicks and a deep desire to be a market leader in quality and innovation, Crysbro has emerged as Sri Lanka’s first and most sophisticated, fully vertically-integrated poultry producer. Its operations span grandparent and parent farms, hatcheries, broiler farms, and feed mills. This thriving ‘Farm-to-Fork’ concept has formed the core of its success. In turn, it has yielded unprecedented benefits for numerous stakeholders including direct and indirect employees, out growers, domestic maize farmers, and ultimately Sri Lankan consumers.