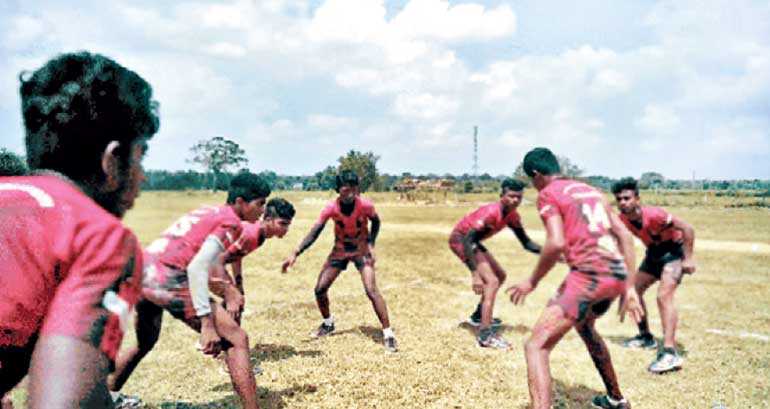 In an attempt to foster a generation of strong sportsmen and sportswomen from the rural regions of Sri Lanka, Sri Lanka’s most trusted poultry producer Crysbro led the Mahawelipura College Kabaddi team in Kantale to an all-island victory – by supporting the students with a much-needed financial sponsorship.

As a part of the company’s long-standing CSR initiative ‘Next Champ’, Crysbro took the lead in sponsoring the team’s collective needs giving them an opportunity to flourish in the sport without the numerous financial constraints they were previously facing. The sponsorship covered high quality sporting equipment, clothing, training sessions, nutritional needs, and transport to all competitions.

“Most of the children studying at Mahawelipura College have parents who rely solely on agricultural pursuits for a living and thus face numerous hardships due to the drought that lasts for most of the year. Our students who are talented, ambitious and driven have had to push past many obstacles to get to this victory, and were greatly benefitted by Crysbro’s generosity and vision in their journey. Their sponsorship played a major role in driving the all-island victory that our school’s young Kabaddi team now enjoys,” Mahawelipura College Deputy Principal H. M. Navaratne stated.

Kantale is a rural region directly and deeply affected by the 30-year-long civil war, poverty and constant droughts. With Crysbro’s many life-changing initiatives and investments, communities in this region have made great strides economically and socially with increased employment opportunities, improved farming practices and a strengthened food security agenda. As a part of Crysbro’s long-standing CSR initiative, Next Champ, the company took steps to support the region’s impressive sporting talent. The company’s sponsorship of the Mahawelipura College Kabaddi Team for a number of years contributed to this all-island victory, thrusting the team into the national spotlight.

Mahawelipura College Head of Sports Dr. Milinda Sampath Wickramasinghe stated, “It is my hope that Crysbro’s generous and steady sponsorship, which has been helping our students for many years now, will undoubtedly go as far as to gift Sri Lanka with Kabaddi players that will one day dominate international sporting tournaments. We are truly grateful for their immense support in this regard.”

With the goal of supporting the aspirations of young people in rural Sri Lanka, Crysbro recently signed a landmark MOU with the National Olympic Committee of Sri Lanka (NOCSL) to launch the ‘NOCSL-CRYSBRO Next Champ’ scholarship program with the objective of uplifting talented young Sri Lankan athletes to the international sports arena.

“As a fully home-grown company, Crysbro has always been at the forefront of spearheading initiatives that uplift the rural population and alleviate rural poverty. At the core of this particular initiative is a deep desire to elevate the experiences of many resilient young athletes in rural areas with big dreams but with very little financial backing to make them a reality. To this end, the longstanding Crysbro Next Champ program recently joined hands with the Sri Lanka Olympic Committee to help take our athletes to victory at international sporting competitions. The all-island victory achieved by this talented team of Kabaddi players at Mahawelipura College is a significant milestone in our journey towards that goal,” Crysbro Senior Marketing Manager Amores Sellar opined.

The company’s flagship CSR initiative, Crysbro Next Champ, recognises, mentors, sponsors and rewards young sporting talent from all corners of the country. The project’s founding vision sought to bolster Crysbro’s already significant social contribution as a key pillar of the country’s rural economy by creating sporting opportunity and promoting the message of staying physically and mentally active.