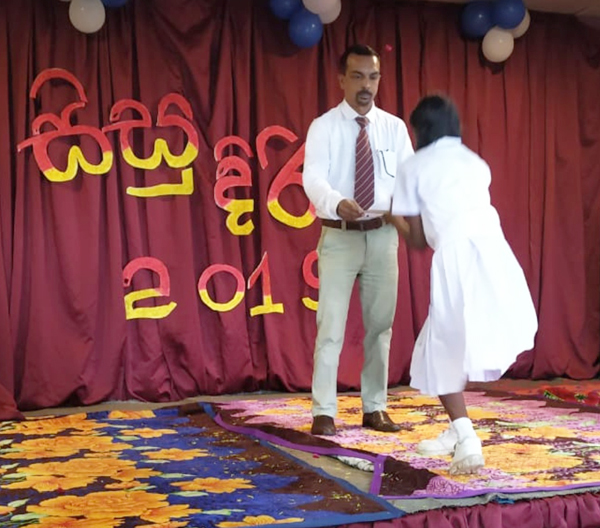 A leader in the poultry industry, CRYSBRO once again concluded the SISU DIRIYA initiative with a gala event held at the CRYSBRO Head Office in Gampola on 28th December 2019 with the participation of all its employees and their families.

Initiated in 2012, the event has snowballed over the years to include numerous aspects of social services related to youth empowerment by encouraging academic and extracurricular activities. Hosted across 17 CRYSBRO production facilities, the programme conducts competitions for children belonging to the CRYSBRO family in a bid to showcase and develop their talents.

“Sri Lanka needs future leaders, and we believe that the best way to encourage our youth along this path is through a combination of academic activities to hone their intellect, and extracurricular activities like sport, art, dancing and music. By encouraging participation in all of these activities instead of emphasising only one, we hope to inspire and mould better leaders for a better tomorrow through SISU DIRIYA,” Ranjana Mahindasiri, Group Human Resources and Administration Manager said.

Under the initiative, annual competitions in art and dancing are held for children of the CRYSBRO family. The winners of these competitions are thereafter given the opportunity to showcase their talents to a live audience during the annual Colours Night and gala event at the conclusion of the programme.

Among the competitions held this year, was the annual Art Competition organised for the children of CRYSBRO employees where 12 best drawings among 176 participants were included as artwork on the ‘CRYSBRO Calendar 2020’ while another 19 pictures, were selected to be printed on school exercise books. The exercise books were gifted to all school children of the CRYBRO family at the annual prize-giving ceremonies held in December last year at 20 business locations. Students were given the opportunity to showcase their talents in a plethora of areas such as drama, choreography, dance and singing.

CRYSBRO undertook another initiative to hand out school essentials such as books, gift vouchers and monetary rewards for 896 children who passed the Grade 5 Scholarship Exam in 2019 as well as those who sat for the GCE O/Level and A/Level examinations in 2018.

The finale of the SISU DIRIYA programme culminates in a day-long programme held at the Head Office including art workshops for students and parents conducted by the State Advisory Board for Visual Arts and a seminar on the practical uses of art and various art forms undertaken in collaboration with Pentium Paints.

In further encouragement of the artistic talents showcased during the competitions, CRYSBRO prints the artwork of winners on books which are then distributed with stationery items needed for the school year. Children are also provided gift vouchers for other prizes by CRYSBRO together with the Welfare Association.

The SISU DIRIYA initiative has also grown to include book donations to the libraries of rural school while also establishing the necessary infrastructure for them.

“SISU DIRIYA began as an initiative to uplift the academic achievements of our children. Over the years, the initiative has evolved to support students at each educational level as well as other talents and passions. We are honoured to play a role in the development of young minds and the development of our future leaders,” Mahindasiri said.

Students accepted to universities, and those who have passed the Grade Five Scholarship Exam, as well as students sitting for the Ordinary Level exams, are eligible for scholarships provided by CRYSBRO. Internships are also offered to students in agriculture, food science and animal husbandry in a wide range of institutes.