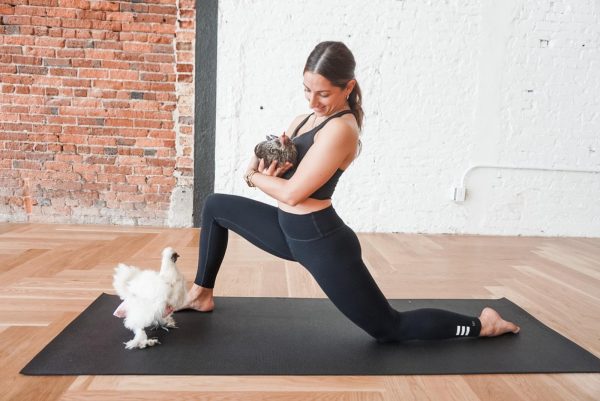 As we all know, the world is evolving quite fast and different novel trends are emerging daily in the world. Similarly, Poultry Yoga has captured its place in this novel innovation industry where the newest addition to it has been Chicken.

By including hens and roosters in its yoga classes, a gym in the Sunshine State, Florida USA, has added its own spin on the goat yoga craze. On Sunday, Tampa Bay’s Ybor City neighborhood’s Union Three studio held its inaugural chicken yoga class.

The Ybor Misfits Micro-sanctuary, a shelter for displaced birds, is home to these yoga chickens.

Chickens are still a bit of a novelty in the wellness industry that combines yoga with animal therapy, but in recent years, the feathered animals have begun to show signs of becoming emotional support animals who strengthen humans as well as the animals emotionally.

Despite its novelty, Ybor City has a long and rich history with chickens that dates to the 1800s, when immigrants to the region raised the animals as food and established farms and homesteads. All of Tampa Bay was proclaimed a bird sanctuary by ordinance in 1989, making it illegal for anybody to hunt, kill, maim, or capture birds there.