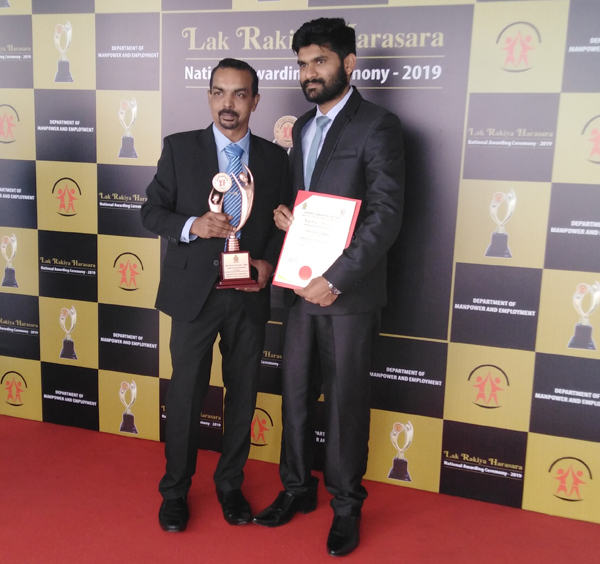 The accolade recognises Crysbro’s key achievements in the crucial criteria of job creation, CSR, skills development and employee welfare. It also serves as the company’s first state award and comes in its maiden appearance at the ceremony.

The Chief Guest at the event was Minister Dinesh Gunawardena while the Guest of Honour was Kingdom of Raigam Group Chairman Dr. Ravi Liyanage. Several other distinguished officials, including the Secretary to the Skills Development, Employment and Labour Relations Ministry, were also in attendance.

Local companies from a range of industries were feted at the event, with nearly 500 corporations from across Sri Lanka subjected to a rigorous evaluation process. The annual ceremony hosted by the Skills Development, Employment and Labour Relations Ministry seeks to recognise the efforts of local industries in categories such as agriculture, industry, services, fisheries and plantations.

“Annually, the company has made huge investments in strengthening the Crysbro Group as it focuses on job creation, CSR and employee skills development. The company’s first foray into the Sri Lankan employment awards circuit at this year’s ceremony was vastly encouraging and offered firm affirmation of our efforts to develop our employees,” said Crysbro Group Human Resources and Administration Manager Ranjana Mahindasiri.